I wrote in the first book review about the parallel's between photography and literature and how Joan Didion's story of nostalgia influenced my photography. This review will be similar in that I will focus on a theme or idea from Singer's book, so don't worry if you haven't read the book yet.

More Stories from My Father's Court is a collection of small stories told from the eyes of Singer as a child. The stories he tells are like small memories or snapshots of the town he grew up in. The significance of these stories are that the town they took place in was wiped out during the Holocaust. Rather than dwell on the coming destruction, Singer concentrates more on the life of the town as it simply was; a town of complex individuals, families, husbands, wives, children, neighbors and workers. Singer doesn't relive the stories, but he does give the people in the past life in every chapter.

Do photos do the same? They can represent the past as it was, unchanged and unaffected by the future. They can show a relationship that used to be, a friend that is no longer a friend, a place that no longer exists. It's more than documentation or memory; it's life on paper. 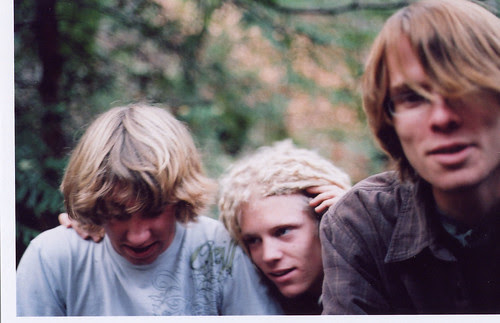