I am a bibliophile. There, I said it. I have a BA in literature, worked in libraries for most of my life, and spend whatever money I'm not saving for camera supplies on used books. This love is not really a secret, but I in no way want the book part of my life pushed out of the way while I pursue photography.
In my mind, photography and reading actually pair very well together. They require imagination, attention to detail, critical thinking, dedication, experience, and feeling. Books and photographs are both created and then interpreted to mean things or to reveal insight into a writer's and photographer's mind. They criticize society, they pick your brain, they tickle your fancy and sometimes they're life changing.

My photography is influenced by novels and poetry that excite and challenge me as I try to show a feeling in a photograph or describe it in words. I want to tell a story in photographs and to do so I think it proper to talk about the literature that has sparked much of that interest.
Weekly book review #1: Joan Didion's Run, River 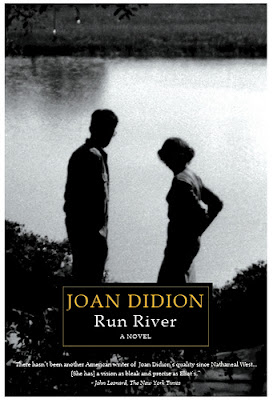 This is Didion's first novel in short about a crumbling marriage between main characters Lily and Everett, that leads to murder and betrayal. I don't want to talk to much about the plot so don't worry about spoilers if you haven't read it yet. What I do want to talk about is one of the main themes of the book: nostalgia of California history.

There is a longing in every character of the book for legacy, morality, family history and sense of being in the farmlands of Sacramento, CA. This nostalgia for the past of California as a glorious and moral frontier filled with brave men and women is of course not completely true, but is remembered in that way as California in time begins to change (and becomes more morally ambiguous in the eyes of Lily and Everett as they age). It's a documentation of what happens to the sons and daughters of pioneers as they change with history.

"Things change. Your father no longer tells you when to go to bed, no longer lulls you with his father's bourbon, brought out for comfort at Christmas and funerals. Nobody chooses it but nothing can halt it once underway: you now share not only that blood but that loss. A long time later you know or anyways decide what your father had been after all... a good man but maybe not good enough, often enough, to count for much in the long run. When you know that you know something about yourself, but you did not know it then" - Joan Didion, Run, River

Photographs (film especially) work in a similar way because they suggest nostalgia. The photo will not change even though time and memory do. A photo can show history and a past that was or is maybe better than the present to certain eyes, or be made to show imitation of those long, lost feelings that give one a sense of self and history. 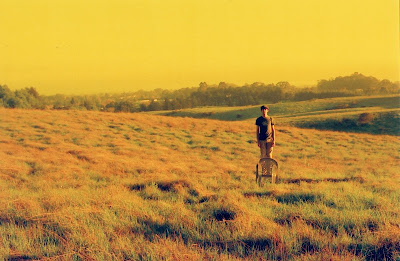 This photo is so far the closest I have ever come to describing that sense of loss that comes from California nostalgic feeling.

What are you nostalgic for?